What It Means to be Catholic 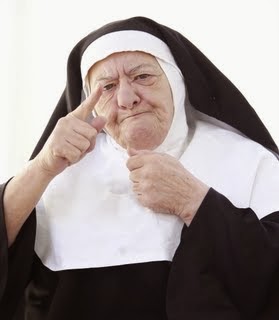 I am a Roman Catholic. I attended Catholic schools until I went to high school. I love my church with all it's imperfections. I am not a perfect Catholic and I have many questions about much of Catholic Doctrine.

When I was a teenager and was thinking about what it meant to be a Catholic I read a book by a renegade priest who was having his own personal crisis with the church. While I don't remember the book or it's author in great detail, there are two stories however that are forever etched in my mind.

One story was about a young man in his thirties, married with as many children as he and his wife thought they could afford, who went to confession every week to seek absolution for using contraception.  Every week it was the same ritual. He would go and tell the priest, "Father, I used birth control two times this week." The priest would then absolve him of his sins and tell him to go and sin no more. And the next week they would do it again.

The next story was about a young woman who also had as many children as she and her husband thought they could afford. They did not use birth control. Instead, her husband's way of preventing pregnancy was just to push her away. He didn't want to start anything he couldn't finish and was just afraid of what a little physical intimacy could lead to.

What struck me then and still bothers me to this day was the enormous amount of human suffering that was caused by the Church's position on birth control. This is not to say the Church is wrong. I don't know that. Perhaps the benefit of the requirement out-weighs the cost. But in some Catholic families the requirement causes enormous difficulties. Others ignore the requirement, which leads to the ambiguity in defining what it means to be a Catholic.

So as thinkers, what should we do when our religious doctrine requires us to act in a way that creates a lot of suffering for no apparent gain?