How Religion Saved My Father's Life 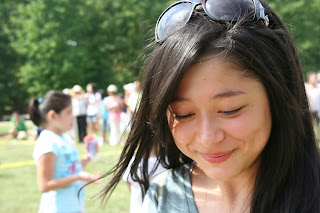 My parents divorced when I was 21. It was 1981, and when I came home on leave from West Point they told me they were ending their marriage. It was naturally difficult for me. It was the first really bad thing that ever happened to me. I remember thinking how sad it was that the two people I loved more than anyone in the world were going their separate ways.

The divorce colored my relationships with women for years. I never could seem to date the same girl for very long. Without realizing it at the time, I was subconsciously sabotaging all these relationships as a way of protecting myself. If I never got married, I would never get divorced. It took many years for me to get over this.

But it was much tougher on my father. He took it really hard. He told me later that he was actually considering suicide, but he didn't follow through for one reason: he didn't want to go to hell.

Catholic Doctrine teaches that taking a life without justification is wrong. And that includes your own life. Some long deceased nun teaching grade school in Newport, Kentucky had taught a little boy in catechism class that taking your own life was wrong and you would go to hell if you did so. And that little boy was my father. Those lessons, fifty years later, still had a profound effect on him.

I don't know if there is a hell, and I certainly don't know that if you take your own life you go there, but I'm thankful for that unknown nun who had no idea at the time that her teachings to a little boy would have a profound effect on many people's lives.

Thankfully, he worked through this depressing time and we enjoyed him for another fifteen years before he died of natural causes. And he got to hold his beautiful granddaughter Jessica whose picture is above.

Catholic Catechism may have saved my dad's life, but this does not mean it is correct. Catechism is made up of a large number of untestable theories. So the question for thinkers is if an untestable theory sometimes produces good results, should we embrace it?