On Taxing Junk Food: A Comment From a Reader 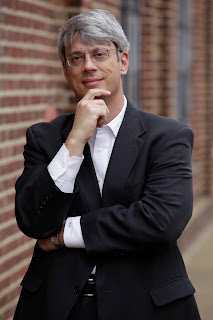 I received this anonymous comment on my blog based on my recent post suggesting that we tax junk food.

"I am curious how you feel about those who are working to become healthier. If a person is taking the steps to eat right and exercise, growing their victory garden, and has no health issues that would put a drain on the health care system, how you feel about them? Is this strictly a dollar sum issue or do you have an aversion to those that battle this health issue?"

First, thanks to the reader for sharing their thoughts, but I'm not sure why you asked if I had an aversion to those who eat right, exercise, and grow victory gardens.Those people who live a healthy lifestyle are to be venerated and emulated as I think the post certainly implied. The whole idea of a junk food tax is to encourage healthy eating habits.

Our elected officials must realize that when the coercive powers of government are used to confiscate the wealth of the people (through taxes), that the stewards of these funds (our Congress) must be held to the highest fiduciary standards. As such, it is a moral imperative that every reasonable effort be made to reduce the costs of these programs.

People's behavior is the most important factor in controlling health care costs. According to The Economist, meat consumption per capita in the U.S. has almost doubled since 1961, and we eat more meat per person than any other country except Luxembourg. Reducing the amount of animal fat in people's diet would make us all healthier and wealthier. . . .For starters, at least.

As always, I welcome your comments and debate!