How to Raise Taxes to Pay for Healthcare 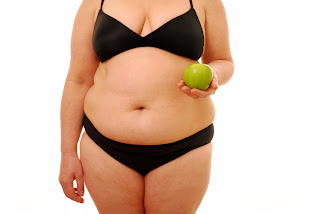 Watching President Obama's inauguration made me think about what a great opportunity was lost when Congress passed the health care bill.

The Affordable Health Care Act does nothing to affect the most important contributor to rising health care costs -- people's behavior. You don't have to be a statistician to know that Americans are getting fatter. Obesity is an epidemic in America. Obesity leads to heart disease, diabetes and other health problems. And obesity is almost 100 percent preventable through diet and exercise.

If we really want to reduce the cost of health care, why not reduce the number of sick people? The data is irrefutable that if people lost weight they would feel better and be healthier. Almost everyone knows someone who has lost a substantial amount of weight who will tell you that they feel much better as a result.

We could impose this tax while at the same time issuing everyone who files a tax return a credit voucher that could be used to buy supplies to plant a garden (seeds, plants, pots, soil and garden tools for example). This would encourage people to grow their own food which would make them more active. Plus, it would prompt them to become more interested in their food and eat healthier. In major metropolitan areas, people could grow vegetables on window sills, balconies, fire escapes and roof tops like they did back in World War II (see my post from February 22, 2012). People might pool their coupons to create co-operatives and grow even more vegetables. We might even call them "health care victory gardens."

The plan could be revenue neutral; spending the anticipated revenues from the junk food tax would be offset by the garden credits so all the Grover Norquist republicans could vote for it.

The nice thing about this idea is that the tax would be completely avoidable. People could avoid it just by eating healthier. Those who chose not to eat healthier (who ultimately will impose huge new costs on the health care system in years to come) will be made to pay a little more for their unhealthy habits.

The idea is not without precedent. State governments sued big tobacco and made them pay for the increased health care costs. The unfortunate thing about this was that this did nothing at the individual level to discourage smoking. By hitting the consumer right in the pocket book, we can help those who consistently make bad food choices (and ultimately impose huge costs on the tax payer) make better choices.

Incidentally, this approach would be great for the environment. The Environmental Protection Agency estimates that 14 percent of the greenhouse gases linked to global warming come from livestock production. So if people ate healthier, preferring a vegetarian meal to a cheeseburger, we would not only save on health care costs, but we could protect the environment as well.

I am curious how you feel about those who are working to become healthier. If a person is taking the steps to eat right and exercise, growing their victory garden, and has no health issues that would put a drain on the healthcare system, how you feel about them? Is this strictly a dollar sum issue or do you have an aversion to those that battle this health issue?