Why Obama Will Lose The Election 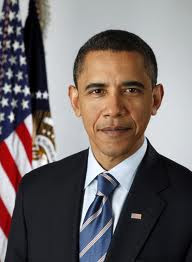 Watching the news programs on Sunday, you would have thought that President Obama was a lock to win the election. But I have a very different prediction.

In The Naked Portfolio Manager, I argued that statistical prediction, or using rule sets developed from empirical data, was the most reliable method of making a prediction. I watched the commentators drone on about how the recent epic storm made President Obama "look presidential" and how his visit to New Jersey and the big bear hug he got from Governor Christie made him look like a bi-partisan leader. The pundits said this was a significant display in a close election.

One of the problems we have as thinkers is we often assign more weight to recent facts and discount data that we have received in the past, even if the past data should carry more weight. I think that the political commentators predicting an Obama victory are discounting the economic data which, although it is less current, should carry much more weight in their predictions.

Two political scientists at the University of Colorado have been predicting a Romney victory for several weeks now. This is based on an empirical model developed by rigid mathematical testing. If we are interested in predicting how uncertain future events will unfold, we should give much more weight to this type of research than to the talking heads on television.

Could President Obama still pull off a win on Tuesday? Sure, no model is right 100 percent of the time. But based on the University of Colorado model, Romney should be a heavy favorite.