Don Pinkleton: The Most Interesting Man in the World?

I really love the Dos Equis commercials about "the most interesting man in the world." You know the one played by the Kenny Rogers-like, 1970's era bearded gentleman (played by actor Jonathan Goldsmith) who tells us at the end, "I don't always drink beer, but when I do I prefer Dos Equis. Well Jonathan, move over 'cause you've got competition.

What else can I say about a man who writes musical comedy, directs plays, acts, plays the guitar, developed a new genre of music fusing called reggae and county, volunteers in his church, and can carry on an intelligent conversation about astrophysics, quantum mechanics, AND fishing?

Don has been a student of creativity and fusion (a process in which two or more distinct genres or disciplines are fused together to create totally new ideas) his whole life. In this interview, he tells us about a thought experiment he did in which he imagined Bob Marley and Hank Williams meeting in heaven and planning to jam together in the ultimate concert. The result of this thought experiment is one of the most interesting pieces of music that you'll ever hear. Don was kind enough to provide a recording for this post. Click here to listen to Don's tune. (File will open with Windows Media Player).

He also tells us in this podcast that his passion for the arts has helped him create new and innovative solutions for his tax clients by identifying the proper focus and searching for alternatives.

When I asked him what is his favorite book,  he told me itâs the next one that he reads. Although he did tell me that Systemantrics, The Underground Text of Systems Lore by John Gail was an absolutely phenomenal read.

How Riding a Bike is Like the Six Hats Thinking Method 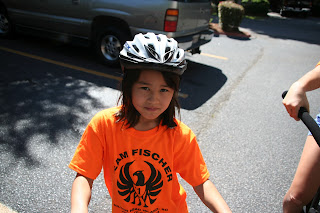 I am in Hilton Head Island, S.C. this week, so I'll keep this brief, but thoughtful (pun intended).

Over the past few days, I have been teaching my daughter Hannah to ride a two-wheel bike. As I have ridden along the miles of bike trails here on my own, I have powered past scores of pedestrians and it's made me think of what a great metaphor the bicycle is for the Six Hats method of thinking. 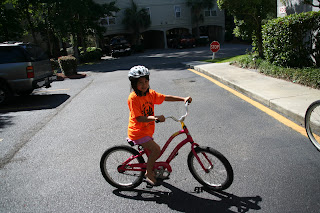 A bicycle is a tool for letting you use the muscles in your legs to move faster and with greater efficiency. It does that by using leverage and reducing friction. But whenever you're on a bike, you're only using your own power - unlike a car or motorcycle.

The Six Hats method is just like that. It uses only your own thought power, but reduces friction and leverages your thinking to allow you to get to where you want to go faster and in a more efficient manner.

Today, I am pleased to present the FIRST of many Virginia Institute for Effective Thinking podcasts, which will feature some of the leading thinkers in the region, interviewed by yours truly.

My inaugural interview is with Gayle Turner, Managing Director of Catch Your Limit Consulting. Gayle has an impressively diverse work experience that includes time as an ad executive, an actor, a director - even a professional card player. His varied and eclectic background enables him to tap into a deep well of creative genius that now allows him to help clients create and achieve their strategic visions. Click the arrow button to listen via the player below.

As a director, Gayle realizes that to achieve greatness, actors need to be able to try new and different things - and sometimes to fail at them.

As he points out in our interview, in corporate America, managers are often so risk averse that they aren't willing to experiment. He says that by creating a safe environment where individuals can freely "float" new ideas, people become much more creative.

Gayle is certified in four different Edward de Bono thinking methods, including Six Hats and Lateral Thinking. As he explains in the interview, Six Hats Thinking has become an integral part of the problem-solving process. While clients may want to jump right to the solution, it's much more effective to start with the white hat and understand all the facts before turning to alternative solutions with the green hat.

A prolific reader, one of Gayle's favorite books is The Six Thinking Hats by Edward de Bono. He also likes the following books:
As much as Gayle clearly likes to read, he believes that to be creative and innovative, you don't need a book or a teacher (although they sometimes help). Sometimes you just have to try. In addition to my podcast, Gayle was also recently interviewed on NPR's "This I Believe." Read his inspiring "This I Believe" essay here.

The Most Dangerous Words In the English Language. 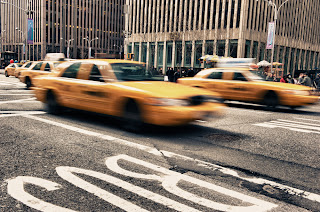 The most dangerous phrase in the English language just might be, "This option is the same as that option."

I made this mistake in Chicago recently when I was trying to get to my hotel and there was a long row of cabs from which to choose. I thought, "What difference does it make which one I pick? They're all going to take me to where I need to go." I got in one of the cabs with a fellow named Emil, who had not been in the country for long. He told me my hotel was in downtown Chicago, so we proceeded to ride around for an hour and forty-five minutes only to discover that my hotel was in the suburbs. To make up for lost time, he drove at speeds exceeding eighty miles an hour (while I pleaded with him to slow down) while reading his direction book.

What could I have done differently? I should have told the cab monitor that I wanted a driver whose first language was English and who had been operating a cab at least five years. Because I didn't pay attention to the differences with cab drivers, I exposed myself to unnecessary risk.

Ironically, many people make similar mistakes to what I made with the cabbie when they go about selecting a consultant, whether it's an accountant, architect, real estate agent, advertising professional, or management consultant. In many cases the cost may appear to be the same, the services or products are the same, but there are significant differences between individuals. Here are some things to find out before hiring a professional. The easiest way to find out who and what they are about is, well, to just ask.

You would be surprised how few consultants have really thought about the answers to these questions. When you find one that has concise, concrete answers, you have found an unusual person.