What We Can Learn From Lewis Carroll's Red Queen 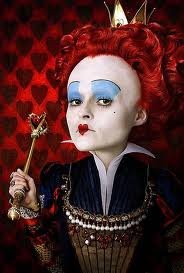 In Lewis Carroll's epic story Through The Looking Glass, the Red Queen character remarks, "It takes all the running that you can do to keep in the same place."

Her statement has become a metaphor for evolutionary change in which species evolve in an ecosystem at the same rate so that no species dominates the other. The rabbits get faster and faster, but so do the foxes, so both species are kept in check.

I think the theory of the Red Queen, played by Helena Bonham Carter in the 2010 remake of Alice in Wonderland, has profound implications for small business owners, consultants, and competitive athletes.

I once heard Larry Christiansen, who won the U.S. Chess Championship in 1980, remark that he was very frustrated with chess because he worked very hard on his game but his results never seemed to improve. But when Larry said that, he was already in the top 100 players in the world. And all those players were working hard on their games too. In fact, it probably takes working on chess ten hours a day just to stay in the world's top 100. So all those players are running super fast to stay in the same place. If they want to rise in the world rankings, they have to do something that their opponents are not doing.

Which is why, on whatever your competitive chess board is, if you want to succeed, it may not be enough to work hard. Sometimes you have to work smarter.

The good news for business owners, consultants, athletes, and those who compete in the corporate world is that you can win more customers, get promoted, or improve at your sport if you integrate Lateral Thinking into your strategic plan. It is often easier to out-think and out-innovate your competition than it is to out-hustle them.