What I Told President Obama 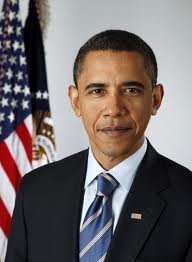 President Obama called me last night. He told me he was frustrated with his advisers because they just kept coming up with the same old tired ideas. He knew I was teaching "Lateral Thinking" to business owners, so he wanted to know if I could help him come up with some good ideas for the country. The President wanted some ideas that would help our country immediately, that were not controversial, and that would not cost billions of dollars. Together we came up with the idea of planting victory gardens. Basically, we would encourage everyone in America to plant a vegetable garden. Our goal would be for the average person to grow 5% of the food they eat next year. Here are the benefits:

Of course, this is not a new idea. During Word War II, the government encouraged people to plant victory gardens to support the war effort. Canned goods and other food supplies were in short supply then, and by planting victory gardens, it made more of these supplies available for the troops. The US Department of Agriculture estimates that in 1943, there were 20 million gardens planted that produced 10 million tons of produce. In fact, the number of pressure cookers sold in the country quintupled between 1942 and 1943 to can all the vegetables that were grown. People felt like they were doing something good for the war effort then, and we could get that same sense of civic pride back now if people were more self-reliant.

Okay. . .President Obama really didn't call me. I used a technique called "Provocative Operation" or PO to illustrate a lateral thinking technique for generating new and original ideas, essentially, proposing a "crazy" idea or making a random statement about a problem and seeing what solutions develop. No judgement about the idea or statement. Maybe someone should tell Congress about this "novel" technique.