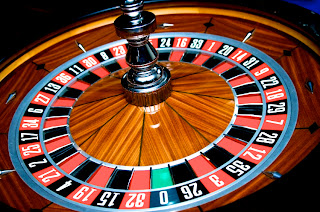 There is a fundamental misunderstanding about the effect randomness has on life.

We have heard a lot lately about the amount of wealth some of the candidates for U.S. President have. We have also heard populist politicians despair at the "unfairness" of the wealth distribution in America. The top 1% own 30% of the assets, and some people think something is wrong with this.

According to The Wall Street Journal, Mitt Romney's income makes most of the people in the top 1% look like paupers. Many years ago, a brilliant economist Vilfredo Pareto observed that 80% of the land in Italy was owned by 20% of the people. In fact, the Pareto Principle states that for many events, 80% of the effects are created by 20% of the causes. In business, frequently 80% of sales come from 20% of your customer (and 80% of your problems come from 20% of your customers).

The fact is the Pareto Principle is at work in the distribution of wealth. But there is another effect: randomness. In a county with 300 million people, a small percentage are bound to get lucky. Bill Gates, Warren Buffet, and Mitt Romney are all very smart, hard-working men, but there are other equally smart men who have not accumulated even 1% of what Romney (the poorest of the three) has accumulated. And much of this is because in the 'casino called life,' sometimes you just have to be in the right place at the right time.

While we might not like the fact that some people get extremely lucky in life and others don't, we have to realize that in a way life is like a casino. You can go to Las Vegas and see the names of people who have won hundreds of thousands of dollars, even millions, playing slot machines. But most people don't have that kind of success.

Some people decry a system that allows a few people to accumulate such a disproportionate amount of the wealth and say it is not fair. And they are right, but the fact is life is not supposed to fair. It never has been and it never will be. So we might as well get used to it.

If you're smart and you work hard and save your money you can still get very comfortable in this country. But it takes some luck to be a billionaire.