What Role Should Prayer Have in Thinking and Decision-Making? 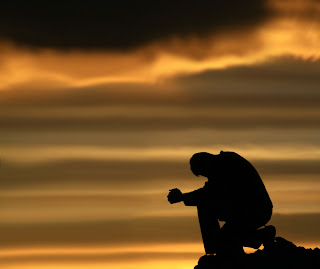 I was recently talking to a friend about decision-making, and I recommended he make a change to his portfolio. His response was he needed to "pray" about the decision before going ahead. I told him I thought it was fine for him to do that and I would call him the following week to see what his decision was. What he said next stunned me. He said there was no need to call him; he would call me after he received his answer from the Lord. That got me to thinking, what role should prayer have in thinking and decision-making for those who are believers?

Understand, I believe that atheists, agnostics, and theists can all be good thinkers. But after considerable reflection, I believe there exists a particular type of thinking error that affects only those who rely on Divine guidance for the important decisions in their life.

Atheists, Agnostics Christians, Jews, Muslims, Buddhists and everybody else all sometimes experience an overwhelming confidence when we reflect (or pray) about a difficult decision over an extended period and then finally come to a point when we are convinced a particular course of action is the correct one. The risk of a serious thinking error occurs for people who are devoutly religious when they believe the confidence they feel is the Lord acting in their life. (I realize this may be the most controversial post I have ever written and I am at risk of offending many of my readers, but I also believe this may be the most useful post I have ever produced).

Understand what I am not saying is that God does not answer prayers. I am saying it can be extremely difficult for religiously-minded people to distinguish between the quiet confidence we experience after thoughtfully considering our options and coming to a resolution versus what some believe is divine guidance.

Remember when earlier this year, Harold Camping predicted the world would end? Many of his followers spent their life savings printing fliers to warn people the rapture would soon be here. But it did not come at the appointed time and Camping and his followers were left looking foolish.

Did God play some kind of cruel joke on Camping and his followers or did they just confuse their own powerfully held beliefs with divine guidance? My money is on the later.

I recently read an excellent book by Bruce Wilkinson called The Dream Giver. In the book, Wilkinson tells the story of a Christian magazine called The Next Meal, which he started back in 1977. "Our little publishing team felt strongly that God was asking for us to proceed on faith," he says. Wilkinson believed the Lord would provide the funds to continue the operation. But the money never came. Facing bankruptcy, he closed the publication and told his wife, "Well, one thing is for sure: God never called us to do magazines..."

Remember my post "Would you have picked Cotton?" from July 2009 about the coed who sent an innocent man to prison because she believed he was the one who had raped her? Many times things we believe with unshakable conviction are actually false.

So you have two examples (and there are thousands more) of people who made poor decisions because they believed they were following divine guidance. For the believer, can God play any role in thinking and decision-making?

I believe he can, but the challenge is how we ask for God's help. When we ask for divine guidance, we are shifting the responsibility for the result to God. I think this is a mistake. Instead, what believers should do is ask God to clarify our minds and help us to make the best decision we are capable of making. Then we can use whatever thinking tools are at our disposal to make a decision. In this way, we take responsibility for the decision and do not shift it to God. The failures are ours and the successes we can share with the Lord.

Which brings me back to my colleague, who I asked to make that relatively minor decision. He  is still waiting for Divine guidance.

Well said! I worked as a consultant with some folks who were fasting with the hopes God would bring them the $500,000 they needed to continue their business operations. In the mean time, they were holding out on payments to local producers while their crops were sitting in the business's grain bins and could be processed with the existing equipment. They were hoping for money for new equipment which would provide marginal gains in productivity. It's hard to be helpful to those who don't help themselves first and also try to take care of the others in their life in the process.